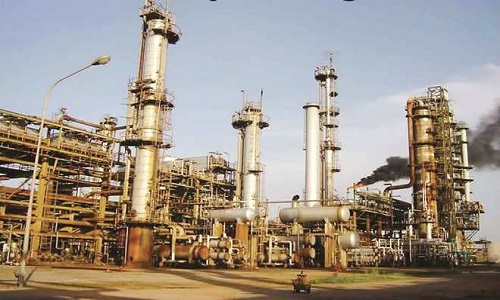 Nigeria’s refineries are expected to resume production before the end of February after attacks on their feedstock pipelines forced their closure in January, the head of refining at the Nigerian National Petroleum Corporation, NNPC, said yesterday.

The oil company halted crude flows to the refineries around mid-January after suspected militants blew up vital pipelines feeding the plants. The refineries were shut down few days later by the NNPC.

The 150,000 barrel per day (bpd) Port Harcourt refinery is expected to restart its crude distillation unit on Saturday after receiving crude supplies by sea to be followed by a resumption in pipeline supplies.

“The Warri refinery has no crude. It will take close to 10 days to pile up crude stock and for Kaduna maybe we’re another five days away after that”, Dennis Ajulu, executive director of refining and technology at the NNPC, told Reuters.

According to Ajulu, the pipeline to the 125,000 bpd Warri plant could be repaired in four days provided there were no security constraints, but he expects that it could take a bit longer and crude would be delivered by sea instead.

The Kaduna refinery, which can only operate one of its two crude distillation units for now, receives its feedstock via the Warri plant.