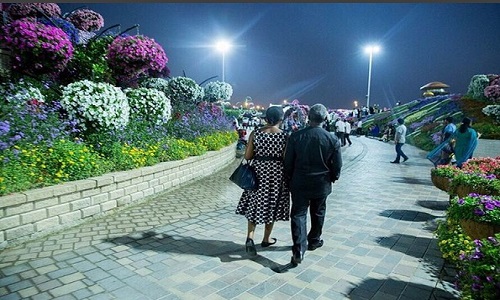 The Presidency has debunked rumours that Vice President Yemi Osinbajo and his wife, Dolapo, embarked on a foreign trip to celebrate Valentine’s Day.

A photo supposedly of the vice president and his wife taking an evening stroll in Dubai circulated on the social media penultimate Sunday, which was Valentine’s Day, with many questioning the rationale behind such a trip at a time the economy was taking a daily hit.

Debunking the rumour, Senior Special Assistant to the Vice President on Media and Publicity, Laolu Akande, said in a statement yesterday that the couple was in Abuja on February 14, and never travelled to any country to mark the day.

“Our attention has been drawn to some erroneous reports and claims on the internet regarding the whereabouts of the Vice President, Prof. Yemi Osinbajo, SAN, and his wife, Mrs Dolapo Osinbajo on February 14, 2016 – Valentine’s Day.

“For the avoidance of any doubt, the vice president and his wife were in Abuja on the said date.

“In fact, they both attended worship service earlier in the day at the Aso Rock Villa Chapel alongside several other Nigerians, including my humble self.

“Claims that the vice president and his wife spent Valentine’s Day anywhere outside the country is both false and mischievous.

“Such incorrect and untrue reports should be utterly dismissed and completely ignored”, Mr. Akande said.