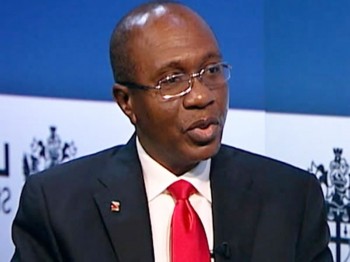 A group of northern youths has described those calling for the sack of the Central Bank of Nigeria (CBN) governor, Mr Godwin Emefiele as saboteurs, whose actions are capable of compromising Nigeria’s bid at recovery.

The youths, under the aegis of Arewa Youth Integrity Forum, AYIF, said such groups and individuals should be ignored as their call is not in the national interest.

Recall that a group, Advocates for Social Justice for All, had threatened to stage a nationwide occupy protest if Emefiele does not resign from office within 72 hours.

Speaking at a press briefing in Abuja yesterday, national president of the group, Alhaji Audu Zakari, said those calling for the sack of the CBN boss are ignorant and lack understanding of the economy and are only trying to do the bidding of their pay masters

He said, “What is worrisome, however, is that in this age that news have the potential to go viral, the verbal sabre rattling of groups like this have the potential to send the wrong message to the outside world. It is a matter of time before their counterpart paid analysts will make projections on the basis of such utterances and the Nigeria’s rating.

“Should the markets be spooked on account of this kind of irresponsible behaviour, the economic fallouts will be felt by all of us. Jobs would be lost and those of us with jobs would be pushed into the unemployment market and would have thus fulfilled the wishes of these jobless youths who want the country to collapse”.

Zakari noted that the insinuation the CBN Governor was complicit in the $2.1 billion arms deal scandal is also an insult to the exalted office of the President of the Federal Republic of Nigeria and an affront to the sincerity of its present occupant, President Muhammadu Buhari, who has consistently demonstrated commitment to stamping out the menace of corruption.

He said, “It is insulting to suggest that Mr President is looking the other way in Mr Emefiele’s case. It is even more sickening to be asking President Buhari to sack the CBN boss to satisfy the whims of people who cannot even get the their facts right”.

On the economic front, the group said while the economic environment is harsh, the situation is not peculiar to Nigeria as other countries around the world are experiencing the negative consequences of a threatened global economy.

He said, “If things are exceptionally hard, it is because the previous government did not do enough to create an economic buffer but instead allowed a robbery bazar. Mr Emefiele has been creative enough under the current circumstances to prevent our economy from taking a full hit from the fall in crude prices. He should rather be commended for this even though currency speculators would want us to believe otherwise since he has refused to dance to their tune to effect a devaluation of the Naira.

“We want to clearly put it in the right perspective for Nigerians to know that criminal elements who have taken so much from the treasury and stocked in foreign currency are attempting to use the backdoor to buy the country when the Naira is eventually devalued. When this is carried out they will surely have an upper hand in purchasing and holding the entire administration of President Muhammadu Buhari to ransom. Let it be known to them that Nigerians are eve sensitive more than ever before now”.

Zakari, therefore, urged the CBN governor to disregard the purported 72 hours ultimatum to resign, whether from ASJA or any other entity, saying it does not reflect the wish of Nigerians.

“We urge Mr Emefiele to press on with his programme for protecting the naira and the economy from those that want to benefit from their collapse. We will rather endure a few months of discomfort than allow the country to suffer a total collapse.

“We appeal to President Muhammadu Buhari to discountenance fraudulent calls from paid groups. The mandate of these groups also include finding a roundabout way of sabotaging Mr President’s government and part of the strategy is discrediting the leadership of strategic organisations in the country”, AYIF said.