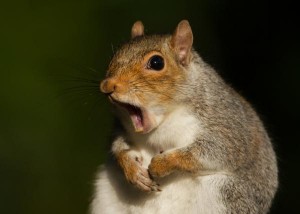 A squirrel caused a 40-minute power outage according to Public Service Company of Oklahoma. The outage, caused by a squirrel that made its way into Tulsa power substation, affected about 5,500 customers including six Tulsa Public School buildings.

“We put all kinds of animal guards on our equipment that occasionally these critters find a way to circumvent,” Public Service Oklahoma spokesperson Ed Bettinger told Tulsa World. The squirrel reportedly “touched the wrong thing” and Bettinger suspects that the squirrel was likely left “beyond charred” in the accident.

Such disruptions aren’t uncommon. The website CyberSquirrel1.com hosts a map of “Cyber Squirrel Operations” confirmed to have caused power disruptions. The humorous map includes power disruptions caused by other creatures, but notes that “there are many more executed ops than displayed on this map however, those ops remain classified.”