Home National News Odd News SEE The Transgender Athlete Who Wants To Compete As A Woman At...
Facebook
Twitter
WhatsApp 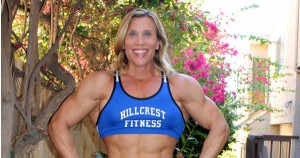 A German weightlifter presented a rather particular request this morning before the International Olympic Committee. The athlete, who has undergone a surgery to become a woman, demands the right to compete as such during the next Summer Olympic Games. The request was presented by the German Olympic committee on behalf of Frieda Wunder, who competed in the London Olympics in 2012 as a man, under her birth name of Hanz Wullschleger. The athlete finished 17th in the middleweight category of the men’s weightlifting competition, after lifting more than 200 kilograms in the clean and jerk event.

The transgender athlete has already qualified for the Rio Olympics due to his performances in the last World championship, be he says the he is now “a real and complete woman” and demands the right to compete in the female category. “I am a woman, and I want to be recognized as such,” said the German athlete before the audience. “It’s about time for the Olympic committee to accept that we now live in the 21st century and that the sexual identity is not black or white anymore.”

The 27-year old weightlifter from Munich, believes that the gendered events of the Olympic Committee have become obsolete and should be revised. “Before my sex change, I was a depressed woman in a man’s body, but I accepted the situation and competed as a man,” says Ms Wunder. “Now, I am a blooming woman in a woman’s body, but they still want me to compete as a man. This is ridiculous! I should have the right to compete with other female athletes.”