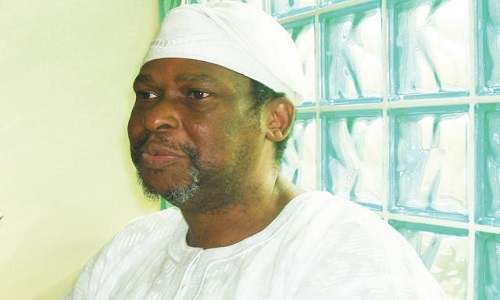 A governorship aspirant in Ondo State under the platform of All Progressives Congress, APC, and senator representing Ondo North, Prof. Ajayi Boroffice, yesterday denied snubbing last weekend’s emergency meeting of the party’s governorship aspirants in Akoko South West Local Government Area of Ondo State.
The meeting was hosted by impeached deputy governor, Ali Olanusi.
In a statement by his media aide, Kayode Adeniyi, the senator said since he received no invitation to the meeting, it was unfair to suggest that he snubbed the meeting.
The statement reads: “It has become necessary to set the record straight on the reported emergency meeting held by party leaders last weekend.
“Indeed, Senator Boroffice received no invitation to the said meeting. He got no invitation letter, received no text message or phone call from the organisers.
“As a matter of fact, Senator Boroffice was outside the state at the time the said emergency meeting reportedly took place.
“It should be noted that Senator Boroffice had publicly condemned the violence that followed the visit of a governorship aspirant to Iwaro-Oka Akoko. He has nothing to do with the attack”.