Home National News Odd News Son Fakes Own Kidnap To Use Ransom To Pay Off His Gambling...
Facebook
Twitter
WhatsApp 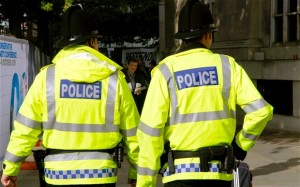 A son faked his own kidnapping with the help of his girlfriend and another friend to scam ransom money out of his mother so he could pay off gambling debts, Bridgeview police said. Joseph Vicario, 25, of Bridgeview, along with Amanda Woods, 21, of Oak Lawn, and Shane Ablan, 26, of Chicago Ridge, were each charged with felony disorderly conduct. Police said they received a call Friday evening from Vicario’s frantic mother, Rose Vicario, 44, of the 9000 block of Martin Lane, Bridgeview, stating that her son had been kidnapped.

Mrs. Vicario told police her son, Joseph, had left the house hours before with his girlfriend, Amanda. Later that evening, the mom said she received a phone from the girlfriend saying they were being held by unknown assailants who demanded a $3,000 ransom. During one call, Woods pleaded for money from the mother, who said she could hear her son being beaten in the background and yelling, “don’t hit me, don’t hit me.” Police said there were noises in the background like someone being hit.

Throughout the evening, Rose Vicario received numerous text messages from her son’s cell phone, and the kidnappers’ ransom demands increased from $3,000 to $4,000. The mom texted them back, begging the “kidnappers” not to hurt her son or Amanda. She said she would pay the money. She immediately called Bridgeview Police, who pinged her son’s cell phone to find his location, police said.

The pings placed Vicario’s cell phone moving between Oak Lawn and Chicago Ridge. Bridgeview police issued a bulletin for Woods’ car, a 2013 white Mazda. Oak Lawn police spotted Woods’ car near 95th Street and Melvina Avenue. Oak Lawn officers found Woods driving with Vicario sitting next to her in the passenger seat. Their pal, Shane Ablan, was sitting in the back seat.