Losing a child is one of the most devastating experiences that can befall a parent. For a mother in particular, the grief and trauma of losing one child never goes away, so how does she even begin to contemplate the burden and distress of losing three children one after the other? 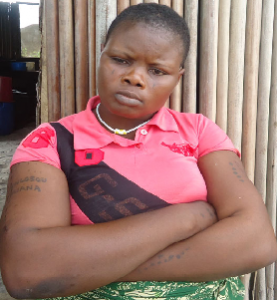 This is currently the plight of Bose Akuazu, who lost three children to a strange illness that has befallen the Otodo Gbame Community in Eti Osa Local Government Area of Lagos state. Fondly called Mama Twins, the mother of six, who at a rough guess should be in her 30s, was still in shock whenVanguard visited her home weekend.

Looking lost and dejected, Bose sat helplessly at the entrance to her home, in the heart of the bereaved community popularly called ‘Ikate Waterside,’ where the strange disease has wreaked havoc and so far eluded identification while claiming not less than 25 children over the past few weeks.

The unknown sickness, described by the Lagos State Commissioner for Health, Dr. Jide Idris as a fatal Febrile Rash Illness, struck without warning weeks ago and has so far snuffed life out of at least 25 children aged between eight and 72 months including Bose’s 8-year-old son and her 9-months set of twins.

An estimated 34 other cases of sick children have been  listed by the state’s health authorities, even as Idris assured Lagosians to remain calm as  laboratory  results of blood samples taken from the victims are being examined to identify the disease pathogen.

It was not an easy task getting Bose to speak about her loss as she was obviously still grieving and trying to come to terms as to why the yet-to-be-identified illness took away her beloved children and robbed her of the joy of motherhood. Her husband was not at home whenVanguard visited, and it took as much patience and persuasion, as well as pleas and assurances to compel her to open up.

Tragic loss: Her first statement was instructive. “Ina omo jo mi (I have suffered the tragic loss of children). I am a full time housewife. My husband said I should be a housewife full time so that I can take proper care of our six children. Despite that, death still came and took away three of them.” Bose, fondly called ‘mama twins’ can no longer answer that name as the yet-to-be-identified disease which struck her family late January and early February took away her beloved twins and their elder brother.

Recounting how it all started, Bose, who is Egun by tribe, tearfully narrated how the strange disease took away her twins – Taiwo, a boy, and Kehinde, a girl -just when they were about to start walking. She also lamented how the cold hands of death snatched away Jisime, the twins’ immediate elder bother when he had grown up enough to run errands for her. 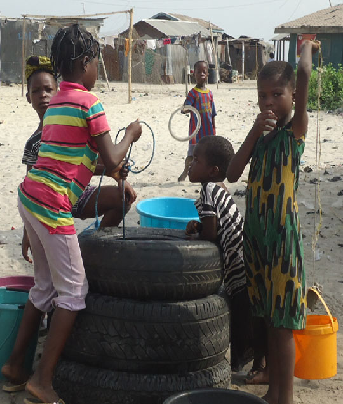 “I carried their pregnancies for good nine months without any health challenges, and after their birth, they grew normally and did not give me any problem. My children are healthy. If at all any of them falls ill, within two to three days that child is back on his or her feet. But Taiwo, Kehinde and Jisime fell sick and were unable to make it,” she lamented.

“The fire of children burnt me, what we thought to be minor sickness took away three children from me. I can no longer be called mama twins because  a strange disease has rendered the name useless. The children that I thought would become lawyers, doctors and accountants are gone.” Recounting the events of the fateful evening, she said the first sign of the illness manifested as a high body temperature.

“My thought was that the hot afternoon weather was responsible, so I gave Taiwo a cool shower. The following morning I noticed something like chickenpox all over his body and also when I wanted to feed him, he refused so I tried to breastfeed him, but he rejected that also.

“Then I forced him to drink agbo (local herb potion) and when there were still no changes, I decided to take him to the Primary Healthcare Centre which is about 20 minutes drive from our house. He was attended to and I brought him back home, however, despite all the treatment, he died three days later.

Second death: In her narration, Bose said she did not know it, but her travails were only just beginning. “While I was still mourning Taiwo, as if his death was not enough, Kehinde started her own illness. We tried our possible best but it was not enough. She too left us. All this happened towards the end of last month January.

But there was yet more trouble in store for the Akauzu family. During the first week of February, Jisimi, the fourth child, a healthy and energetic boy, began coughing. He was running high temperature and was not accepting his food.

“I gave him pap but he complained it was ‘pepperish. All the herbs that were available in the house were given to him. When there was no improvement, we took him to the hospital but he could not make it.

“The twins were nine months old while their brother was 8. I had six children but death has claimed three and left me with three. My husband is a fisherman but we are not in the season of fishing now so he hasn’t much money with him.

“We cannot afford to go to any of the few private hospitals that are nearby because they charge too high. There is not one Primary Healthcare Centre in this area; the closest is about 20 minutes way by road. Sometimes the PHC staff comes here to immunise the little children. That’s all, ” she explained.

Child killer loose: Bose is not alone in her predicament. Maziling Zanu, another community member that lost his granddaughter also spoke. “My granddaughter started her own sickness on New Year’s Day, 1st January, 2016, but the following day, Saturday, her situation got worse and they brought her to me. I gave her some herbs that I had at home but the situation remained the same so we took her to the hospital. Aside from presenting with symptoms of chickenpox, high temperature and reluctance to eat, her stools were also different from normal.

“On Sunday evening after we brought her back from the hospital, her mother suddenly  rushed to my house to raise alarm about her daughter’s condition. By the time she and my wife could get back to the child, she had given up the ghost.”

Agnes whose son suffered the same fate declined to give details. “I leave everything to God,” she muttered.

One of the Chiefs in the community took Vanguard around to see some of the children who had developed the tell tale symptoms of the strange illness, but had benefitted from early intervention by the Lagos State Government.

In a reaction to the development, the Bale Todo of Todo-Gbame, Hupena Dasu, said the strange disease was not limited to their community. He admitted that it commonly struck during the dry season, but the recent level of casualties was alarming

Response to the outbreak

“The disease is called ‘amudi’ just that this year’s casualty is alarming. To be sincere the children that have died are up to 25, even on the day that doctors first came to respond to the outbreak, a child died in their hands. They carried her inside the bus and on their way to the hospital the child died so they returned the corpse to us for burial.”

SOS to govt:  “Since government doctors started coming about two weeks ago we have not recorded any casualty. Their coming is frequent and they administer immunisations to the children and give drugs free of charge.

“In this community we are more than 10,000 and our major challenges presently that we are appealing to Lagos State Government to help us with are schools, hospitals, potable water and public toilets.

“We want public toilets because at present, the only way for people to defecate is by the riverside or inside the bush which is not good. We have no good drinking water in this community. Our only source of drinking water is to go to Makoko in Yaba, where some of our people reside.

That is where we would buy the water and transport it with canoes and then sell to the people back here. Due to the advantage that we are very close to river, some people dig small wells close to their houses, which they use to bathe, cook and do domestic washing, but nobody drinks it.”