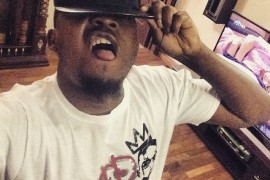 Lagos, the big apple of Africa with a population of over 15 million people. With a ppopulation larger than that of some countries, it wouldn’t be strange to find uniqueness in the way they do things even when it comes to communication. So, if you’re new to Lagos and want to mix up easily without getting yourself out as a new comer, INFORMATION NIGERIA has got you covered as we’ve outlined 10 of the most popular slangs you are likely to hear on the streets of Lagos…

Street ti take over: It means the street has taken over in Yoruba. It became very popular after the Headies beef between producer Don Jazzy and YBNL boss Olamide. The term was used by Olamide during his rant on stage at the 2015 headies.

Leave trash for Lawma: Just like the first one, this was also used by Olamide in furtherance of his beef with Don Jazzy during his many Twitter rants.

I never experredit: In proper English, it is ‘I never expected it’ – When someone wasn’t ready for something and BOOM! it hits their face.

Your father: It is used to hush a second party, when the person is lying or says something the other person doesn’t agree with.

Your head dey there: This is usually used as a compliment for someone who has impressed you.

Turn up: To go out and have fun.

There is God: It was made popular by the former first lady, Dame Patience Jonathan during her address about the abducted Chibok girls. People now use this as a slang for exclamation.

Issorai: In proper English, ‘It’s alright’, which means everything is OK!

Street is here: It is used by someone forming ‘bad guy’ when they make an entrance into a place.

Skiibiid: It means to die. This slang was made popular by the MMMG artiste, Skiibi who faked his own death just to promote his new song.

Jega(ed): It means to be very calm in the face of chaos and confusion. It was coined from the action of the former INEC boss, Atahiru Jega when Godsday Orubebe made attempts at disrupting the proceedings of the 2015 presidential election collation.

Add yours if we miss your favourite slang???