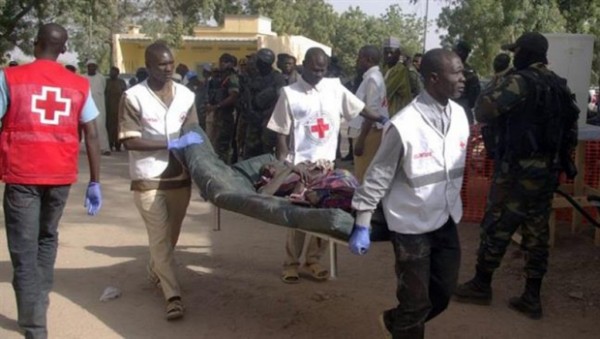 Two female suicide bombers blew themselves up in an Internally Displaced Persons (IDPs) camp in Borno State, killing no fewer than 56 people and injuring over 70 others.

Health and rescue officials, who confirmed that the twin bombings occurred on Tuesday, said 78 people were taken away injured from the Dikwa IDPs camp.

Dikwa is 85 kilometres outside Maiduguri, the Borno State capital.

The officials attributed the attack to Boko Haram.

News of the bombing was not known until yesterday because of the disruption to telephone services.