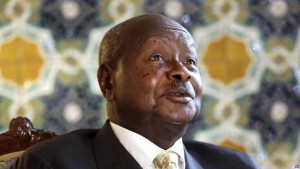 Uganda’s veteran President, Yoweri Museveni, secured another victory in the country’s general election. This was supposed to be the toughest challenge yet for Museveni and extends his 30-year rule for another five years, making him one of Africa’s longest-serving leaders.

The elections have been marred by vote-rigging claims, arrests of politicians, delays and social media shutdowns.

The opposition accused the government of vote fraud and the main opposition leader, Kizza Besigye, was arrested three times in the week leading up to the vote after he made allegations of government vote-rigging. There were also delays in delivering voting materials, especially in areas seen as opposition strongholds. Social media, including Facebook and Twitter, were also largely inaccessible on voting day, although internet-savvy Ugandans dodged the apparent shutdown using virtual private networks. The government regulator, the Uganda Communications Commission, said the attempted shutdown was for “security reasons”.

Although Uganda has experienced peace and security under Museveni’s leadership, the country is facing a number of problems. The economy is faltering and there’s massive unemployment. Two-thirds of youth are without a job, according to government data. Though non-governmental organisations estimate the figure to be much higher.

Uganda’s youths, dubbed  “Museveni babies”, are increasingly frustrated over the government’s failure to ensure job security. Corruption, improving the quality of public services and developing the country’s oil reserves have been debated as well.

So what does Museveni’s win mean for the future of everyday Ugandans?