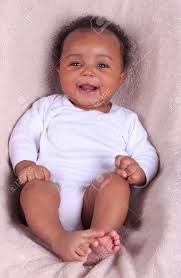 Your grandma probably has hundreds of old wives’ tales on how you can make sure you give birth to a girl.

But science might have a better tip: eat ice cream.

The study, which looked at the births of 32 couples, found that eating ice cream — or foods “low in potassium and sodium but high in calcium and magnesium,” like ice cream — led women to have more girls, The Telegraph reported.

To find this, researchers had 32 couples follow a “gender selection plan,” for which couples were asked to have sex at certain times and undergo dietary changes. They found that 81 percent of couples who ate foods that had low potassium and sodium, but had a lot of calcium and magnesium, were more likely to have baby girls.

The study found foods like yogurt, hard cheeses or spinach (high in calcium) are beneficial for parents if they want to have a baby girl, as are cashew nuts, beans and whole wheat cereals (lots of magnesium), Daily Mail reported.

This isn’t the first study to find that couples who eat certain foods are more likely to have a baby of a certain sex over another. A five-year study of European women ages 23 to 42 found that women who lessened the amount of salt in their diets and ate dairy products instead were more likely to give birth to girls, Daily Mail reported.

“The results show that both diet and timing methods increase the probability of a girl — the impact of the diet being the most pronounced,” a spokesman told Daily Mail. “It shows a substantial success rate when both methods are applied correctly.”

The diet is a little different for women who want to have boys. As The Telegraph reported in 2010, eating breakfast and foods with a lot of fat during the early stages of pregnancy can help you have a boy. This follows the old adage of “bacon for boys,” since fatty and high-calorie foods favor male births. It changed the odds of having a boy from 10 in 20 births to 11.

Researchers analyzed the genes in pregnant mice to see how diets high in carbohydrates and low in calories affected the sex of their babies. They found that these foods can change pregnancy among mice, and would then affect women, too, The Telegraph reported.

They just weren’t sure why.

“The reason why a maternal high fat, low carbohydrate diet favours survival of sons and a maternal low fat, high carbohydrate diet results in more daughters continues to elude us,” the researchers told The Telegraph. “The effect was such that the more women ate the more likely she was to have a boy.”

This study came two years after a similar study found foods with higher energy — that means more calcium, potassium, and vitamins C, E and B12 — were more likely to yield baby boys.

Still, these findings fit into the larger trend of mothers sharing different tips and suggestions about how to best give birth to a specific gender. The research “doesn’t stop people — everyone from your Grandma to the stranger in your gynecologist’s waiting room — from suggesting a variety of approaches to influence the sex of your unborn child,” according to WebMD.

As more research is being done, doctors continually suggest to families that there’s always a 50-50 chance of having either gender, and that your diet doesn’t really matter in trying to have one gender baby over another.

“I tell them it’s 50-50,” Dr. Richard P. Frieder told WebMD. “The reality is there is nothing you can do that really matters.”