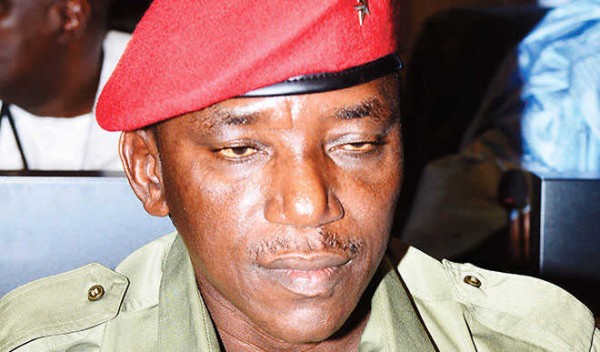 The Minister of Sports, Barr. Solomon Dalung, has explained the reason behind his ‘strange’ outfits, in spite of his position.

Dalung, who is representing Plateau State on the Federal Executive Council, is known for wearing khaki and red berets to events, which some Nigerians have deemed inappropriate considering the office he is occupying.

Responding to the criticisms that have trailed his dressing, the minister, in a Facebook post on Wednesday, said his signature khaki is a very modest way of appreciating the magnitude of problems the ‘common people’ face in the country while the red beret symbolizes his association with the struggle of the common people.

Speaking further on his mode of dressing, the sports minister said: “I don’t fancy putting on attires outside that because it does not at all, portray our understanding of the situation in which we operate. There are people in this country who find it difficult to eat one meal a day and yet, we intimidate and harass them with gorgeously expensive dresses. Some of our apparels can even feed a whole community! I find it difficult to reconcile such an irony”.

He added that he decided to live happily and modestly because he feels happy anytime he is in his ‘simple wears’.

As for the red beret, Mr. Dalung says it is the signature of those who struggle against injustice, violence and oppression of the poor.

“In fact, the red colour, historically represents the blood of the poor people who have been struggling for a better society. Each time we look at the red beret, we remember that some people have sacrificed their lives in struggling to live better in a world which was created by God and which others have decided to hijack and live at their own advantage against the voiceless majority”, he said, adding that his appearance is a definition of a “comrade walking the talk”.