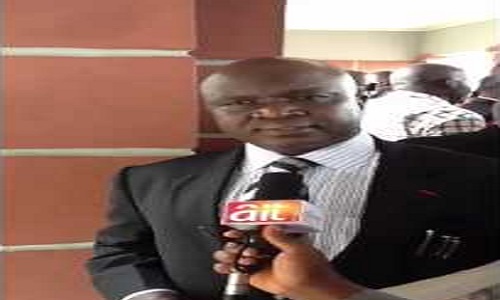 The Economic and Financial Crimes Commission (EFCC) has arrested a Senior Advocate of Nigeria (SAN) for allegedly obstructing its operatives from picking up a Beninese.

The senior lawyer, Mr. Ricky Tarfa, was arrested outside the premises of the Lagos High Court in Igbosere area of Lagos State on Friday evening.

He was still in custody at the time of filing this report.

It was learnt that Mr. Tarfa was arrested for allegedly trying to prevent the anti-graft agency from arresting his clients – a Beninese, Granhoue Sourou Nazaire and his Nigerian lawyer, who were on trial for offenses bordering on forgery and conspiracy.

The SAN, according to multiple sources, allegedly hid the accused in his car from 12:00 noon till about 5PM in a bid to prevent the anti-graft operatives from re-arresting them after they were granted bail by the court.

An EFCC source said Mr. Tarfa, a lawyer with over two decades of experience at the Bar, was subsequently arrested and is currently undergoing interrogation.

The Head of Media and Publicity of the EFCC, Mr. Wilson Uwujaren confirmed the arrest.

He said: “The SAN is interacting with our team”.