Women in Kaduna state are reportedly storming the gold sellers section of the Kaduna Central Market as the price of gold per gram rises to N10, 500 as against the N8,000 old price due to the continuous fall of the Naira against international currencies. 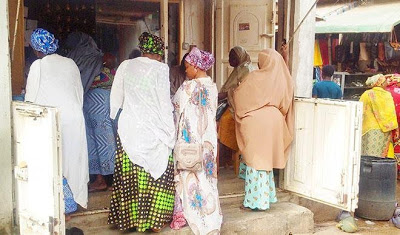 According to Daily Trust, many of the women in the state have over the last one week besieged the gold sellers section of the state main market to sell off their gold so they can make some huge profits.

One of the gold merchants in the market. Rabiu Ismaila Funtuwa, said the old price for selling was N8,200 while buying was N9,000. He attributed the rush to sell gold to the increase in the price of selling to N10,500 and buying N13,500.

“We have received so many women in the market in the past few days due to increase in the price for selling‎. I just hope they make good use of the money. If they are going to help themselves by buying houses or plots of land, it will go a long way in easing their problems and that of their families,” he said.

Another gold seller, Alhaji DanBorno said, “I have bought over 20 sets of gold from different women who came to sell because the price suddenly went up last week. Hajiya Jamila Ayuba who sold her gold recently said “I quickly rushed to the market to sell my gold so that I can finish my house which I have been unable to complete since the death of my husband”she said