Workers under the aegis of the Nigeria Labour Congress and the Trade Union Congress have started a nationwide protest against the recent increase in electricity tariffs in the country. 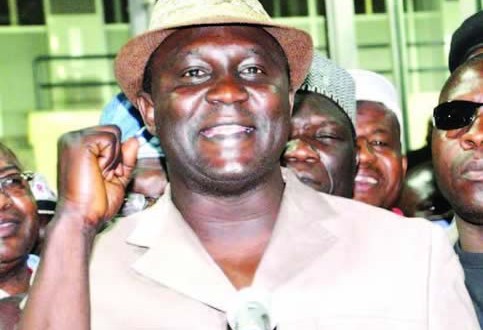 The NLC had called for the protest after repeatedly calling on the Nigeria Electricity Regulatory Commission to suspend the recent increase in tariffs.

The NLC President, Ayuba Wabba, who described the tariff hike as outrageous, said it was the fifth in a row since 2012 and unacceptable.

In a statement calling for the protest Wabba said, “It is a nationwide protest, meaning that the 36 states of the Federation including Abuja will be involved in this action.

“Our members have been sufficiently mobilised and are ready to go. If you are an electricity consumer and you are not happy with the bills electricity companies serve you every month, you are invited to join this protest rally.”

Civil society groups and activists also expressed support for the protest and mobilised their members for it.

In Abuja, protesters could be seen carrying placards expressing their disdain for the tariff increase with some bearing such inscriptions as “We won’t pay more for darkness”.

Some of the workers came out as early as 7am for the protest, which started at the Labour House in the Central Business District Abuja.

The workers are expected to protest at NERC offices and in the case of Abuja, the protest will extend to the National Assembly.

The NERC had introduced the new power tariff regime in December, outlining the various rates of increase in energy charges for consumers across the country.

It also announced the removal fixed electricity charges for all classes of electricity consumers and noted that power users would only pay for what they consume.