Sometimes, getting money from a Nigerian man is like asking him to come and donate blood. In fact, some would gladly donate blood than let a dime fall from their pockets. In order to avoid giving out money to anyone including their spouses, they have devised a set of excuses and INFORMATION NIGERIA wants you to know all about them…

BVN: A little while ago, the CBN asked every Nigerian bank user to register with their bank for a bank verification number (BVN), which gives each Bank customer a unique identity across the Nigerian Banking industry that can be used for easy identification and verification at Point of Banking operations. This came up as a way of offering greater security on access to sensitive or personal information in the Banking system, following  increase in incidents of compromise on conventional security systems (password and PIN). The CBN also threatened to block accounts of those who do not comply. On implementation of the CBN threat to block accounts that do not comply, Nigerian men even though did not have their account blocked have made this an excuse. They go like ‘My account has been blocked because I haven’t registered’.

No fuel: For those who live in Lagos, with the recent fuel scarcity which has resulted in long queues at petrol stations all over. Do not be surprised to hear a guy say, he couldn’t go out to use the ATM or to the bank, because he has no fuel in his car.

Network failure: If the above excuse does not work out, then they would quickly resort to blaming their refusal to give out cash to a crappy bank network. If not that, then the network of the telecom service provider they use for internet banking is the next to blame. 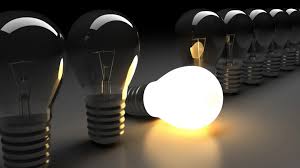 No light: Some would even put off their mobile phones and tell you there was no light to charge it. Of course you wouldn’t bother to ask why he didn’t charge if with generator because that would just take you right back to excuse number 2: No fuel.

Buhari Has Pushed Nigeria To Brink Of Civil War: Fani-Kayode

Former lawmaker, Senator Shehu Sani has reacted to the reported rejection of Nigeria manufactured Innoson cars by members of the National Assembly. Recall that some...
Read more

A former minister for aviation, Fani Kayode has reacted to the proposed move by the senate to establish a 'federal agency' for repentant Boko...
Read more
- Advertisement -