6 Signs You’re Not His Priority In Life 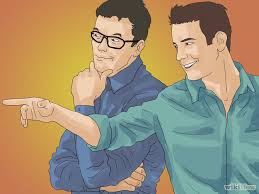 When you are romantically involved with someone, you are basically looking for the kind of bond that makes you feel like you are a lot more than an option for them. You want to be his priority. It is cliched saying but it is extremely true when they say that you should be part of someone’s life who takes out time for you instead of saying that they have got no time for anything in this world. Here are a few signs that show you that he is treating like you an option, not his priority:

You are not his priority because you are always a last moment plan for him. You think that he probably called you at odd hours wanting to go out with you because he was thinking of you, but the truth is far more different. He called you because he is bored and he has no one else to hang out. As a result, he chooses you because he knows that you won’t say no. Stop being his last option.

2. You are never invited to the main parties and dinners.

You are not his priority and that is obvious from the fact that you are never invited to the main events. He will take you out or join you for dinner. However, every time a big event is coming up, he will not invite you. He will keep you away from it because he feels no pride in telling the world that he is with you. Being with such a guy – who is not man enough to own his love – will become your biggest regret so stop!

3. They cancel at the last minute.

Another sign of you not being his priority is the fact that they always cancel on the last minute. They do not care about the energy and effort you have put into arranging a special date or a meetup. they apparently find a better option and decide to ditch you. Being with such a man will not only diminish your respect in front of others but it will also make you lose respect in your own eyes – and trust me, the latter is harder to regain.

He has not made you his priority and it is obvious by the fact that they avoid you. They do not treat you exceptionally well and whenever possible, they diss you – be it in public or private. From your texts and phone calls to a chance of meeting, they will avoid you the maximum that they can. They will only want to consider you when they have nothing ‘better’ to do while you should be the best person in their life.

Since you are not his priority, you are supposed to make all the plans. You are supposed to put in effort and make time. You are supposed to check their schedule and decide what suits them the best. Sometimes, you even feel like you’re in a one-sided relationship because they never put in any effort. Sweetheart, no matter how much you try, they will treat you terribly until you don’t give in, and only then will they learn your worth.

6. In the end, the only label that you get is: NEEDY

Despite putting in effort and bearing all the avoidance and cancellations, they make sure that you know that you are not his priority. Thy do so by labelling you as needy. You are merely someone who doesn’t have a life of their own and therefore, you eat up your partner’s space. You want to be around them and you choke them. Your efforts always go down the drain.