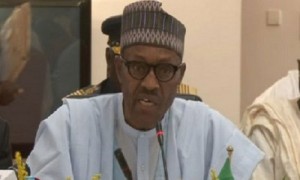 President Mohammed Buhari speaking through his spokesman Mallam Garba Shehu said this morning that he is grateful to Nigerians for their unending supports and that we are almost at the promised land. INFORMATION NIGERIA brings to you 7 important messages President Buhari dropped for us today.

– The cash recovered from former public officers under probe by anti-graft agencies will not be made public yet because it will be used as evidence against them in court.

– Vice President Yemi Osinbajo will soon hit the road traveling around the country to address town hall meetings, explaining government policies and actions. The town hall meetings, he said, will hold in the first instance at zonal levels before going down to state capitals.

– Explaining the delay in the reconstituting government agencies, Shehu said President Buhari wanted to be fair to every chief executive of government agencies. “If he wanted to fire people on assumption of office, he would have done it and would not have violated any rule. But he decided to give everyone a chance to see whether they would imbibe the change mantra, and be prepared to come along.”

– While admitting that the government needs to do more in public enlightenment, Shehu said “to be fair to Minister of Information Lai Mohammed, I have never seen somebody as hardworking as that gentleman even as minister.  You find out that he doesn’t miss the talk shows on radio, from one radio station to another and then he will move to a television station, to a newspaper and all of that.

– On the fight against insurgency, Shehu congratulated Nigerians on the achievements so far recorded by the Buhari administration, adding that at the moment, no city in the country is under curfew, while military road blocks have been dismantled.

– He said the biggest challenge facing the government in the fight against insurgency is rebuilding damaged facilities, adding that now that the budget has been passed into law, the much – expected implementation of the government’s campaign promises will begin to unfold.

– Speaking on alleged secret recruitment by some government agencies, Shehu said: “I would stay out of this because I know that the parliament is investigating this and I believe we should wait for the outcome of the investigation  by the House of Representatives”.