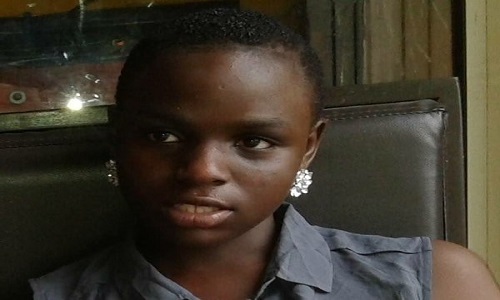 Miss Ese Oruru, the teenager, who was allegedly abducted from her Bayelsa home and moved to Kano for a forced marriage to one Yunusa Yellow, is en route the Louis Edet House Police Force Headquarters in Abuja.

Miss Oruru was reportedly abducted by her lover from her Bayelsa home, who took her to Kano for underage marriage.

Speaking to a PREMIUM TIMES reporter, the spokesperson for the Zone 1 Police Command, Rabilu Ringim, disclosed that Miss Oruru left Kano for Abuja by road at 6AM Tuesday under heavy security.

Others accompanying the teenager to Abuja, where she would be reunited with her parents, according to Ringim, are an Assistant Commissioner of Police and other top ranking officers.

“They are on their way already, and the parents are expected in Abuja today where they would be reunited”, Mr. Ringim said. “She is being taken to Abuja based on the express instruction of the IG”.

He also said Miss Oruru was taken thorough medical check late Monday night ahead of her journey back home early on Tuesday.