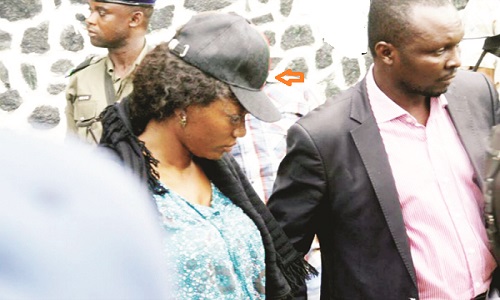 The Rivers State Government and All Progressives Congress, APC, yesterday traded accusations over the conduct of rerun elections in Port Harcourt Ward 10 as the political battle for the soul of the state intensifies.

While the APC in the state led by former Governor of Rivers and Minister of Transportation Rotimi Amaechi accused the Peoples Democratic Party-led state government of abducting the Independent National Electoral Commission’s (INEC’s) Collation Officer for the ward, Mrs. Ekwi Adebisa, the governor, Nyesom Wike, alleged that she was abducted by the minister with a view to doctoring election results.

Amaechi, who led a group of Rivers APC chieftains that included the governorship candidate of the party in the 2015 election, Dr. Dakuku Adol Peterside; the Acting Managing Director of the Niger Delta Development Commission (NDDC), Mrs. Ibim Semenitari; and the party Chairman, Dr. Davies Ikanya; among others, on a rescue mission, alleged that PDP chieftains snatched results from Mrs. Adebisa and kept her at the Divisional Police Headquarters in Mile One, Diobu, Port Harcourt, the state capital.

The atmosphere at the divisional police headquarters was tensed as Governor Wike and his allies as well as Amaechi and other APC leaders stormed the headquarters in the presence of soldiers, operatives of the Department of State Services (DSS) and riot policemen, who saved the situation from further degenerating.

Semenitari, in a statement by her Special Assistant (Media), Bekee Anyalewechi, said: “We have received with bemusement, the attempt by the Rivers State Government and its image managers to retell the facts of the incident of Sunday, March 20, 2016, which occurred at the Mile One Police Divisional Headquarters in Port Harcourt.

“It is not in our style to take issues with any tier of government, it is imperative that we state the facts, because of the need to safeguard our electoral process and strengthen the confidence of our people in their leaders.

“Mrs Ekwi Adebisa, the Port Harcourt City Ward 10 Collation Officer, for the March 19 rerun legislative election in Rivers State, was moved by force to the police station. The result she had collated was separated from her.

“While at the police station, agents of the Rivers State Government brought her under duress to write a statement that she had been abducted and made to falsify the ward result by agents of APC.

“That they forced her to the police station and kept under traumatic condition was in itself criminal, but that they had forced the result she had lawfully collated out of her custody was more criminal.

“Governor Wike had arrived the police station, accompanied by Senator George Sekibo (sacked from Rivers East), Mr. Austin Opara (former Deputy Speaker of the House of Representatives) and Azubuike Nmerukini, as well as other aides to the governor.

“As a leader in APC, Mrs. Ibim Semenitari, being in attendance at the meeting, was among those delegated to go see what the actual development was. When Mrs. Semenitari and others arrived at the police facility, they confirmed the report. .

“It was shocking to read a statement issued by Simeon Nwakudu, Special Assistant to the Rivers State Governor on Electronic Media, linking Mrs. Semenitari to facts contrary to the truth stated. As a responsible citizen and public officer, Mrs. Semenitari could not have engaged in any conduct unbecoming of her status.

“As a Nigerian and Rivers daughter (from coastal Opobo, the headquarters of Opobo/Nkoro LGA of Rivers State, but married to an Okrika man, Henry Semenitari), she would always and at all times, protect and defend what promotes good governance. May God keep us all safe in these curious times that try our people’s souls”.

Mrs. Adebisa was eventually released to the minister and other leaders of the APC.

However, Wike, through Nwakaudu, claimed that it was Mr. Amaechi, accompanied by no fewer than 100 soldiers that abducted Mrs. Adebisa on Saturday night, adding that the INEC official was later found at Mile One Police Station in Port Harcourt.

The Rivers governor alleged that the abduction of Mrs. Adebisa led to the suspension of collation of results in the constituency.

Nwakaudu alleged that “She (Mrs. Adebisa) was first taken to Novotel Hotel (on Stadium Road, Port Harcourt) where Amaechi and Dakuku Peterside lodged and the results doctored.

“In the morning of Sunday, March 20, 2016, she (Mrs. Adebisa) was placed on (sic) protective custody by the Minister of Transportation, Rotimi Amaechi; Dakuku Peterside and the Acting Managing Director of NDDC, Ibim Semenitari.

“PDP leaders, including Governor Wike, got wind of the fact that she (Mrs. Adebisa) had been placed on protective custody at the Mile One Police Station and he (Wike) visited the station for explanation.

“Immediately Governor Wike and the PDP leaders arrived the police station, more than 400 soldiers stormed the station, along with the Minister of Transportation, Rotimi Amaechi and the NIMASSA’s Director-General, Dakuku Peterside and directed that Mrs Ekwi Adebisa be released to them.