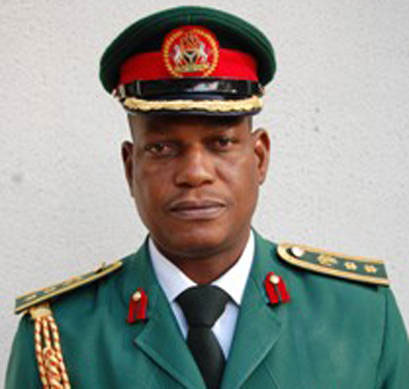 The Nigeria Army Council has recommended the release of Brigadier-General Enitan Ransome-Kuti from custody.

The officer is the son of one of Nigeria’s most prominent human rights defenders, Beko Ransome-Kuti and nephew of Afro beat legend Fela Kuti.

A confidential memo obtained by reporters showed that the council, however, ordered that he be deposed to the rank of a Colonel from Brigadier-General and subsequently recommended that he be reabsorbed and posted back into service.

Brigadier General Kuti was arrested in January 2015 and tried for cowardice, accused of abandoning his duty post in Baga where he was commander of a joint multinational task force fighting Boko Haram insurgency.

In 2014, Boko Haram militants attacked his base and took over the armoury.

The army court martial which tried Kuti also accused him of not accounting for weapons seized by Boko Haram militants at the base.

Since his conviction, the Brigadier General had remained under house arrest at an army barracks in Abuja.

His father and uncle, who were known activists were both sent to prison when President Muhammadu Buhari was military Head of State. His grandmother had earlier been killed by soldiers under the orders of Olusegun Obasanjo’s military government.