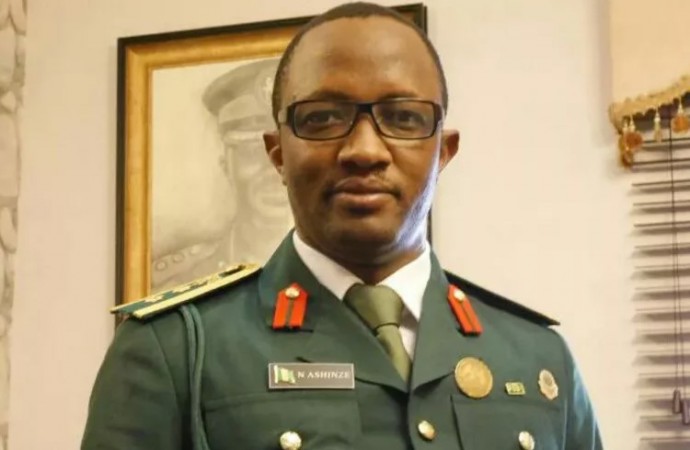 The army has replaced one of its officers under probe over the $2.1 billion arms deal, Col. Nicholas Ashinze, with Col. M.A. Abdullahi as the nation’s military attaché to Germany.

Col. M.A. Abdullahi’s initial nomination for the job was reported to have been turned down by a former Chief of Army Staff, Lt.-Gen. Kenneth Minimah who allegedly favoured Col. Ashinze because he speaks German fluently.

Col. Ashinze has now been ordered by the army to refund N7.3 million, including an estacode of N6 million and N1.3 milion air fares.

Ashinze is a former military aide to Col. Sambo Dasuki, ex-National Security Adviser who is on trial for his role in the arms deal scam.

“Ashinze has been replaced with Col. M.A. Abdullahi as Defence Attaché to Germany because the EFCC is yet to conclude investigation of some military officers,” The Nation quoted a top military source to have said.

“In fact, Ashinze was replaced as soon a he was shortlisted for interrogation and before the EFCC began his drilling.

“While in EFCC’s custody, the military police brought the letter asking him to refund the N7.3 million allowances. He said the army should lift the ban placed on his account to effect refund of the money.”