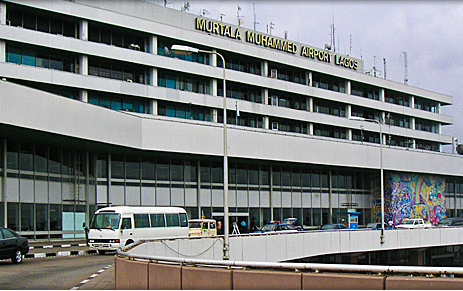 The Lagos Airport Police Command on Thursday advised passengers and other airport users to be more vigilant following the recent terrorist attack on the Brussels Airport in Belgium.
The command’s spokesman, ASP Joseph Alabi, gave the advice while speaking with the News Agency of Nigeria (NAN) in Lagos.
NAN reports that no fewer than 30 people were killed and many others injured when the departure hall of the airport was bombed by suspected terrorists.
Alabi told NAN that the Inspector-General of Police, Mr Solomon Arase, had ordered for the beefing up of security across all airports in Nigeria as a result of the incident.
He, however, said that passengers and other airport users had a duty to promptly notify the police about anything unusual, particularly within the airport environment.
“Our men are always on ground. The officer in charge of operations is on duty 24 hours.
“The Divisional Police Officers are always in their offices at the airport and they can report any incident to them and prompt action will be taken”, Alabi said.
According to him, two sniffer dogs and additional police officers have been deployed to the Murtala Mohammed International Airport to ensure the safety and security of the place.
Alabi said this was in addition to the screening of passengers outside the terminal which was being done by the Police Anti-Bomb Squad in collaboration with other security agencies.
He said: “The Commissioner of Police, MMIA, Mrs Victory Menta, has deployed more of our men to every nook and cranny of the airport and they are on 24-hour surveillance.
“I believe that by God’s grace, there will be no evil occurrence here because our men are fully on ground to monitor the situation of things.
“My advice to all travelers is that they should not be afraid of any evil occurrence at the airport. The airport police command will not allow any untoward event and so they should remain calm”. (NAN)