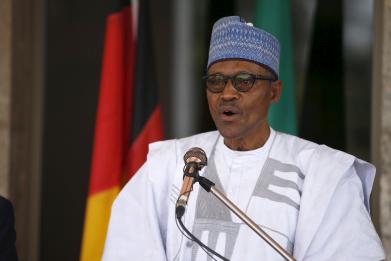 The administration of President Muhammadu Buhari, through the Bank of Industry, on Thursday formally launched a N10 billion Youths Entrepreneurship Support (YES) project to empower youth across the country with loans to start businesses.

Speaking at the launch of the project in Abuja, the Minister for Industry, Trade and Investment, Okechukwu Enelamah, said his ministry would partner all agencies of government to create new jobs.

Enelamah said more than 40 per cent of Nigerian graduates had no jobs and that an average of eight million Nigerians entered the job market annually.

The minister said that the ‘YES’ project of BoI was part of the Federal Government’s youth employment scheme, saying that about 36,000 jobs would be created annually through ‘YES’.

He appealed to prospective beneficiaries to repay the loans for the success and sustenance of the project.

Waheed Olagunju, the acting Managing Director of BoI, said that a participant under the scheme could access up to N10 million loan with single digit interest rate and repayable over three to five years.

He said that an applicant must present NYSC or higher education certificate as collateral to qualify for the loan with two external guarantors.

Mr. Olagunju said that the bank was partnering 11 consultants across the country for the first phase of the project.

Afolabi Imokhuede, a Special Assistant to the Vice President, said job creation was at the heart of the current administration.

He said that government intended to create 3.5 million jobs in the next three years, adding that the ‘YES’ project was one of the programmes.

Governor of Kaduna State, Malam Nasir El-Rufai, said that the state was partnering with BoI on job creation.

He said that the state had been able to take controlling shares in Peugeot Automobile Nigeria with the assistance of BoI.