Canadian Thief Appologizes, Turns Himself In After His Victim Sent Him A Friends On Facebook 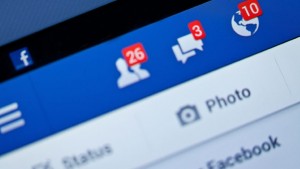 It was the friend request that did it. There was an alert from his Facebook account, the cheerful profile picture of the man whose store he’d broken into and robbed — the man was kissing his dog in the photo, for Pete’s sake. The boy broke down. Fifteen minutes after getting the request, he messaged the store owner — Stefan Tergesen of Gimli, Manitoba — and told the older man that he was going to turn himself in.

“I couldn’t live with what I did and I’ll be returning everything,” the thief wrote, according to a message Tergesen shared with Buzzfeed. “I’m willing to face the consequences and I couldn’t be more sorry for what I did,” the message also said. The incredibly Canadian turn of events began Friday, when Tergesen arrived at the general store his family has run for more than a century and discovered that someone had smashed a window with a tire iron and stolen several watches, according to CTV Winnipeg.

Gimli is a tiny rural community of about 6,000 people an hour north of Winnipeg, and the 117-year-old shop H.P. Tergesen and Sons is much loved there (H.P. Tergesen was Stefan’s great-grandfather). So when Tergesen found a clip of surveillance footage that showed the alleged thief’s face and posted it to his social media accounts, seemingly the entire town took up the cause. The video was shared more than 8,000 times in 24 hours, Tergesen told the CBC.

Half a dozen people said they knew the teenage boy in the surveillance footage and gave Tergesen his name. And before turning to the police, Tergesen turned to Facebook. He sent the friend request and waited for a reply. Five minutes, 10, 15. “He saw the friend request from me, which must have been a bit startling,” Tergesen told the CBC. “I only wish I could have seen his face. I guess he realized, you know, he was done for at that point and he better start backpedaling quickly.”

When he got the alleged thief’s apologetic response — explaining that he had been “intoxicated” and not thinking clearly the night of the break-in and would be turning himself in — Tergesen responded that the boy was doing the right thing.