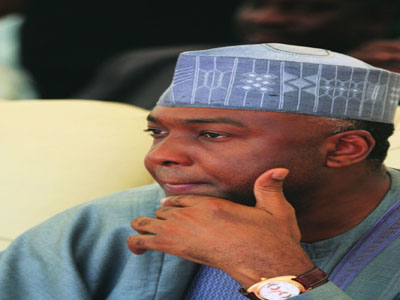 The Code of Conduct Tribunal (CCT) will deliver judgement on March 24 on a motion challenging its right to hear charges of false declaration of assets preferred against Senate President Bukola Saraki.

Saraki is standing trial on a 13-count charge of false declaration of assets.

His lead counsel, Kanu Agabi (SAN) had filed a fresh application challenging the jurisdiction of the Tribunal over the case.

The application sought an order of the court quashing and/or striking out the charges contained in Charge No. CCT/ABJ/01/2015 filed on September 14, last year by the Respondent against the Applicant.

The grounds for the fresh application include that the tribunal has no jurisdiction to entertain the charge; that a condition precedent to the exercise of jurisdiction has not been fulfilled and that the charge was brought in bad faith.

But the lead prosecuting counsel, Rotimi Jacobs (SAN) said Saraki’s lawyer filed the motion to deliberately stall the trial, pointing out the validation of the tribunal’s right to try Saraki by the Supreme Court.