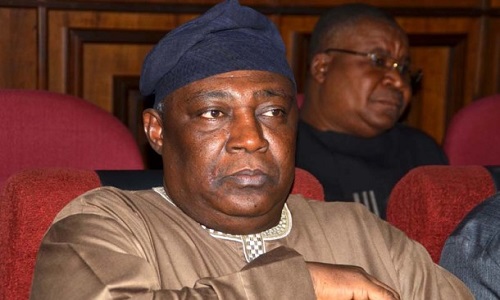 A Federal High Court sitting in Abuja will tomorrow, Wednesday, entertain an application by former Chief of Defence Staff, Air Chief Marshal Alex Badeh (retd.), to change the conditions for his bail.

Recall that Justice Okon Abang had on March 10 granted bail to Badeh with two sureties in the sum of N1 billion bond each.

The judge said the sureties must be resident in Abuja and must be property owners with requisite Certificates-of-Occupancy.

Mr. Abang directed the court’s chief registrar and the Economic and Financial Crimes Commission (EFCC) to independently ascertain the market values of the property with the FCT Administration within 24 hours just as he ordered the sureties to deposit evidence of tax clearance for three years and two recent passport photographs each.

The judge also ordered the former defence chief to deposit his international passport with the court’s chief registrar pending the conclusion of the trial.

The lead defence counsel, Chief Akin Olujimi, SAN, ahead of the hearing on the application tomorrow, said the terms for the bail were difficult for his client to fulfil and pleaded for it to be reduced.

“We are not setting any conditions because it is at the discretion of the court to make”, he added.

Badeh was remanded at the Kuje Prisons pending the fulfilment of his bail conditions.

The former defence chief and Iyalikam Nig Ltd, a company believed to be owned by him, are facing a 10-count charge of criminal breach of trust and corruption over the alleged diversion of Nigerian Air Force funds.