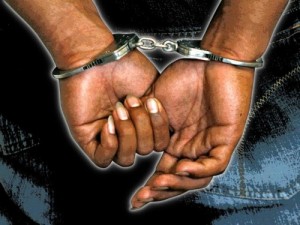 Yakima police are looking for a man and woman who robbed one mini-mart and possibly tried to rob a second one over the weekend. Late Saturday night, a couple with their faces covered entered the Rocky Mart convenience store, 1003 W. Nob Hill Blvd. But when the store clerk ran to another room they left without any money, according to a police department news release.

Shortly before 4 a.m. Sunday, two people entered the Apple Bin store, 3707 W. Nob Hill Blvd., where the clerk was assaulted and cash and merchandise was stolen. The clerk suffered only minor injuries, the release said. In both incidents, the pair implied they had a gun but never displayed it, the release said.

Police said store cameras captured a picture of the one of the robbers, who had removed his mask when he returned to the store for car keys that had been left behind. The pair were seen in a silver 2000 BMW four-door with chrome rims and blue-tinted headlights, the release said. Anyone with information should call 911.