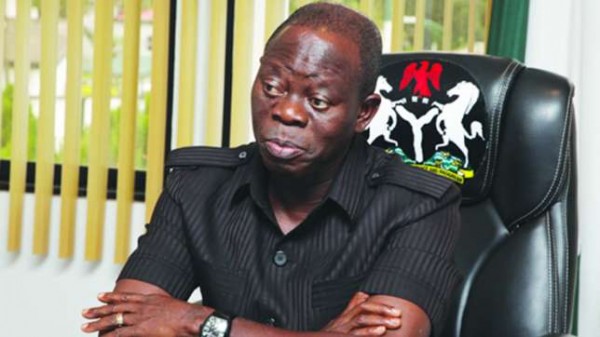 The Commissioner for Solid Minerals in Edo State, Hon Saturday Uwulekhue has laid the blame for the current economic crisis being experienced in the nation at the doorstep of previous administrations, who he said failed to peg their budgets based on economic reality.
Uwulekhue said records have shown that previous governments did not take into consideration the reality in the international market while using the dollar as a benchmark in preparing the national budget.
The commissioner argued that because the price of crude oil in the international market did not correspond with the reality on ground, the nation was bound to be caught in the global oil crisis, which saw crude oil sell at a seven-year low price.
He further added that these suffering should have long been expected stating that “What we are observing today should have been expected by the previous government and by those who were saddled with the responsibilities of advising government. For instance the price of oil was based on the abnormalities in the prices of oil in the international market and people were working the budget based on the abnormalities”.
Mr. Uwulekhue continued: “The issue is that what we are seeing at the international market is that we were living in a borrowed economy because of the crisis in the international market.”
“They would have prepared the budget based on the reality on ground. Budgets were based on these abnormalities. I believe that the issue of diversification should have long been taken care off before now. We should have done that over 20years ago. As I speak no state government has any other source of revenue other than oil. No machines are on ground to explore or exploit solid minerals, all that is happening is that private sector participation. What the government do is just collect its taxes and haulage and personal income tax”.