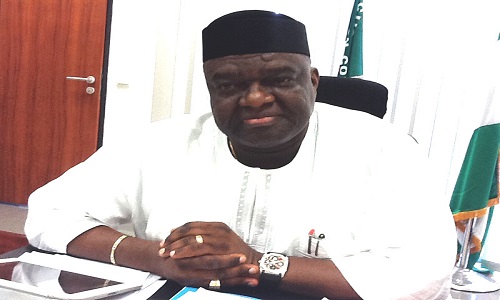 A governorship aspirant of the Peoples Democratic Party (PDP) in Edo state, Senator Ehigie Uzamere on Monday resigned his membership of the PDP less than a fortnight after the state congresses of the party were held.
Uzamere who was in the Senate between 2007-2015, is the only senator from Edo South senatorial district to have spent two terms in the upper legislative chamber since the creation of the state.
Although a statement he personally signed and sent to the national leadership of the PDP did not state the reason for his resignation, it was learnt that the former senator was unhappy with the way and manner the PDP was being run in the state particularly with the recent congresses of the party in the state.
He, however, stated that “after due consultation with my family and political associates, I have withdrawn my membership of the PDP”.
The resignation letter reads in part: “I wish to thank the leaders of the PDP at the national, state and local government levels for their unflinching support and provision of platform for my first term as senator of the Federal Republic of Nigeria representing Edo South senatorial district between 2007-2011.
“I also wish to thank the leaders of the Action Congress of Nigeria (ACN) as it were then, for their unflinching support and provision of the platform for my second term 2011-2015. My heartfelt appreciation goes to the general electorate of Edo South senatorial district for giving me their mandate for eight years, the first of its kind in Edo South senatorial district”.