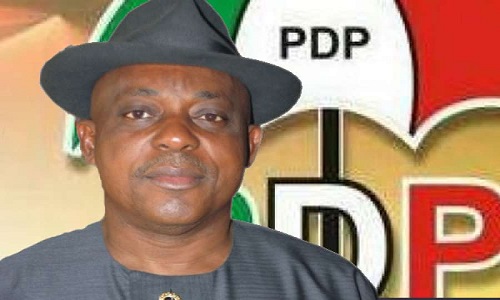 Secondus was arrested by the EFCC over a week ago for allegedly receiving 23 luxury cars valued at N310 million from a business associate of the former Minister of Petroleum Resources, Mrs. Diezani Alison-Madueke.

Apart from seizing his passport, the PDP chief was made to produce two sureties with a N750 million bond each.
The sureties are Federal Civil Servants on Grade Level 17.

It was learnt that Secondus was released at about 8.30 pm last night.

Secondus’ counsel, Mr. Emeka Etiaba (SAN), said: “The PDP Deputy National Chairman has been released but under extremely stringent conditions. For a man whose alleged offence has not been proven, he does not deserve stringent bail terms”.