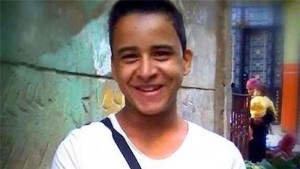 An Egyptian arrested at the age of 18 while on his way home from a peaceful protest was ordered to be released on bail after more than two years in prison. Mahmoud Mohamed Hussein’s release, ordered by an Edyptian court, was confirmed by his brother Tito on Twitter on Tuesday.

“My brother has been released on bail,” Tito Tarek tweeted, adding the bail was set at 1,000 Egyptian pounds ($113). The US-based Robert F Kennedy Human Rights group, which had acted on behalf of Hussein, also confirmed the release order, describing the moment as a “huge victory”.

“[But] he is not yet physically free,” Wade H McMullen Jr, managing attorney at the rights group, told Al Jazeera. “The prosecution did not show up to [Tuesday’s] hearing. So we will have to wait to see if the prosecution decides to appeal his release.” He added there were serious concerns about the state of Hussein’s health.

“While being held at the Tora Investigations Prison, Mahmoud lost a significant amount of weight and his health has seriously deteriorated,” he said, before adding that doctors have recommended that Hussein, now 20, receives urgent medical care.