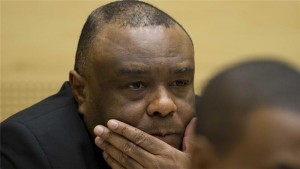 The International Criminal Court (ICC) has found former Congolese vice president Jean-Pierre Bemba guilty of war crimes and crimes against humanity committed in Central African Republic more than a decade ago. The verdicts announced on Monday focused on the responsibility of a military commander for the actions of his troops, as Bemba commanded a private army of 1,500 men who went on a spree of murder, rape and pillage.

The charges – two of crimes against humanity and three of war crimes – stem from his militia’s intervention on the side of CAR’s then-president Ange-Felix Patasse in the neighbouring country’s civil war.  Bemba’s long-running trial was the first at the ICC to feature allegations of systematic sexual abuse by soldiers in a conflict.

Al Jazeera’s Paul Brennan, reporting from The Hague, said the ICC’s ruling was historic in several ways. “Bemba is not only the most senior political leader ever to have been brought to judgement here at the International Criminal Court at The Hague, but what makes this particular case a landmark ruling is the fact that it has put rape as a weapon of war,” Brennan said.

Human rights activists welcomed the conviction. Descartes Mponge, secretary general of Congolese rights group ACADHOSHA, said the judgment “strengthens the ICC’s credibility in Africa where it is accused of bias and politicisation”. Bemba is a wealthy businessman whose Movement for the Liberation of Congo (MLC) militia and political party vied for dominance in the country in the early 2000s.