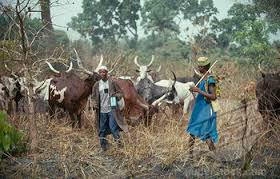 According to him, “It has gotten to a level that lovers of peace in Nigeria must speak out on this keg of gun powder which the threat that the Fulani herdsmen has become.”

No fewer than 76 men from the Ugwuneshi Autonomous community were last Thursday arrested and whisked away by “men in military uniform” after they protested the continued destruction of their crops and farmlands by Fulani herdsmen.

“It is worrisome that the Fulani herdsmen that killed over 400 Agatus in Benue State, raped women and destroyed farmlands in the North Central, South West and South South zones of Nigeria are walking the streets free while Igbo people, who opted to defend their sources of livelihood are languishing in detention.

“Are they saying that those Igbo villagers do not have rights to defend their farmlands from further destruction by the Fulani herdsmen when the president who should defend them is keeping silent?

“These people must be released by whichever security agency of the federal government that is holding them because Nigerians don’t deserve to be treated like slaves in their own house.”