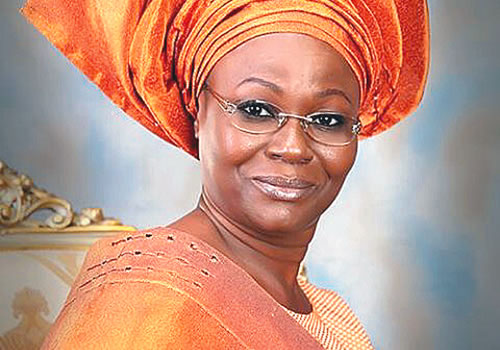 Wife of the Governor of Ekiti State, Mrs. Feyisetan Fayose, on Thursday advised parents against giving out the hand of underage children in marriage.

She gave the advice when she visited the Social Intervention Centre and Correctional Centre in Ado-Ekiti, the Ekiti State capital.

Mrs. Fayose advised parents to guide their children properly in the way of God and desist from acts that could truncate the future of their wards.

She assured the inmates that the government would continue to give adequate attention to their welfare even as she urged them to embrace good behaviour as they stand to gain nothing from waywardness.

The wife of the governor urged them not to see their present situation as the end of the road, as they can still build themselves up as respectable members of society.

She also commended the management of the homes visited for taking very good care of their inmates.

Ayo Ibikunle, the Director, Social Welfare, Ministry of Women Affairs, commended the present administration for the prompt release of funds for the upkeep of inmates at the two homes.

Mr. Ibikunle described the Social Intervention Centre as a solution centre, intervening in abusive situations in order to ensure that gender violence prohibition law is implemented.

He said that the Correctional Centre was established for reformation of children below 18 years, who break the law.