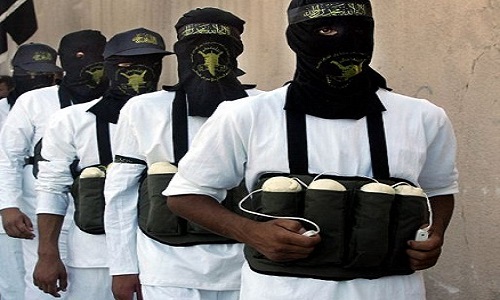 The Defence Headquarters has alerted Nigerians to the new operational tactics adopted by Boko Haram Terrorists.

The Director of Defence Information, Rabe Abubakar, in a statement on Friday, said female suicide bombers now dress as men to carry out their reprehensible act.

The statement read in full: “In continuation with the sensitization of our citizens on the devilish strategy of the terrorists, the Nigerian Military authorities have discovered that Boko Haram terrorists are determined to continue letting off bombs and have resorted to hiding their true sex identity.

“Female bombers now dress in men attire to have access to mosque unhindered to detonate their bombs. The latest suicide attack in the mosque at Molai Umurari village in Borno State is instructive in this regard.

“Therefore, members of the public are hereby advised to be wary of suspicious persons, irrespective of sex at worship places, markets and public entertainment centres.

“Having been effectively dislodged and decimated, the splinter cells of the remnant Boko Haram terror group still engage in some systematic isolated attacks, mainly on soft targets in their desperation to remain relevant.

“The Defence Headquarters hereby advises the general public to constantly be on alert to this latest terrorist tactics and to report promptly any suspicious persons or objects to the nearest security agency.

“Local vigilante and community should device more proactive measures to curtail such ugly happenings to complement security agencies, as security is everybody’s concern”.