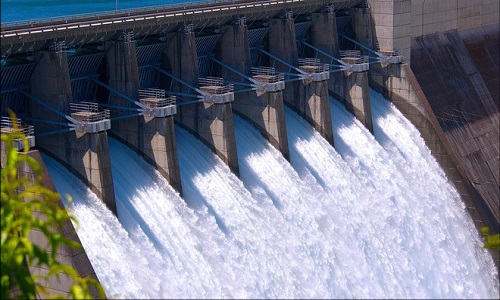 The Federal Ministry of Water Resources has handed over a 32-million-cubic-capacity dam to the Osun Government to boost potable water supply in the state.

The Director of Dams and Reservoir Operation in the ministry, Mr Reginald Ikpeawujo, who was represented by Mr John Ochibo, the Deputy Director/Project Manager, handed over the dam to the state government at Kajola near Ilesa on Friday.

Ikpeawujo said the project was the Federal Government’s contribution to the provision of potable water to the people of Osun, especially Ilesa and its environs.

“It cost the Federal Government to the tune of N3.3 billion to complete the pump and power house.

“The second phase which is the downstream will be for treatment plant and transmission which will be taken over by the state government.

“There was a year liability period to ascertain the condition of the pump and power house to ensure that they are in good condition.

“The project is strictly for water supply, knowing well that it is the responsibility of the state and the Federal Government to provide water for the people.

“The power house and the pump are in good condition and we are handing over to the state government to take over the day to day activities of the dam”, he said.

The Consultant to the Osun Government on water resources, Mrs Tawa Williams, thanked the Federal Government for the project.

She however, said that there was still a lot of work to be done on the second phase and commended Kajola community for their cooperation.