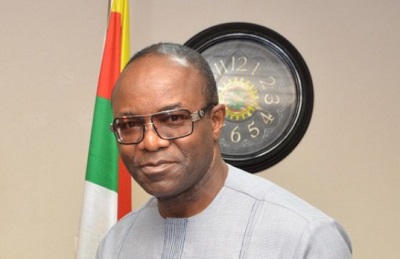 With some Civil Society Organizations, CSOs, as well as the South South chapter of the All Progressives Congress, APC, calling for the head of the Minister of State for Petroleum, Ibe Kachikwu, the South East chapter of the party has risen in stout defense of the embattled minister, who has come under fire over the lingering fuel crisis in the country.
A national leader of the APC, Asiwaju Bola Tinubu, had at the weekend knocked the minister for telling Nigerians to brace up for two more months of fuel scarcity in the country.
He also said he had no “magic” to perform to solve the problem before that time.
According to Mr. Tinubu, the comment showed a lack of respect and empathy to suffering Nigerians.
The National Vice Chairman of the APC, South South, Prince Hilliard Eta, had also asked Kachikwu to “do the needful by resigning honourably if he is not capable of doing his part by efficiently running the ministry assigned to him”.
Also, a coalition of civil society groups, Civil Society Coalition for Positive Change and Stand Up for Nigeria, SUN, on Sunday issued a 72-hour ultimatum to Mr. Kachikwu to resign from office over the prolonged scarcity of fuel.
But the South East APC in a statement signed by Osita Okechukwu, said Mr. Tinubu is not only “politically correct but has the constitutional rights to condemn the awkward joke made by the Hon Minister of State for Petroleum Resources, Ibe Kachikwu.
“However, the South East Zone of the All Progressives Congress (APC) do not subscribe to the call for his resignation”.
The party also said those calling for the Minister’s resignation should not forget the transparent manner Mr. Kachikwu and his staff deployed in the petroleum product importation and fuel supply chain; a policy, they said, has saved Nigeria over N500 billion.
“May we also remind those who call for his resignation, how the Peoples Democratic Party (PDP) turned the petroleum product importation and fuel supply chain into a slush fund, recklessly increased the cost geometrically from N634 billion in 2010 to N1.6 trillion in 2012. In 2013, N888 billion was officially budgeted with a supplementary budget of N232 billion in the same year, making an average N1 trillion per annum.
“It is our considered opinion that Kachikwu should stay, for bringing sanity to the petroleum product import and fuel supply chain in the last 10 months”, it said.