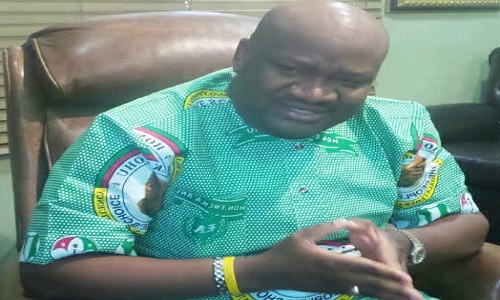 The member representing Ihiala Federal Constituency of Anambra State on the platform of Peoples Democratic Party, PDP, Rep Emeka Anohu, has asked President Muhammadu Buhari to disclose how much has so far been recovered from looted funds and where the monies are being kept.
He advised the president to also dialogue, rather than use force, in dealing with pro-Biafra agitators so as not to escalate the tension in the Southeast geo-political zone.
Speaking with Sunday Vanguard in Abuja, Rep. Anohu wondered where the recovered loots including the repatriated ones were domiciled as there had not been any account by government on the total recovered loot and repatriated funds.
He said, “All the money repatriated, where are the monies, how much so far repatriated and recovered? Nigerians need to know, we don’t know where they are keeping the money”.
Describing the agitation for a Biafran Republic as a “topic that is totally fragile in Nigeria”, Anohu, who is the Deputy Chairman, House Committee on Basic Education, stressed that under the laws of the land, there was provision for peaceful demonstration and agitation for self-determination guaranteed by the United Nations in which Nigeria is a signatory to.