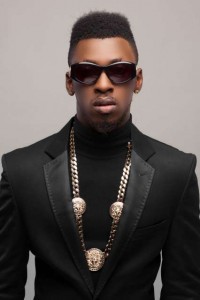 Today, we celebrate with Esegine Allen aka Orezi.

Orezi is a Nigerian musician from Delta State who rose to prominence with his hit song “Rihanna” in 2013.

Orezi was born in Owhelogbo, Isoko, Delta State and attended the Command Secondary School in Abakaliki before going on to the University of Lagos.

He began his music career in early 2009 and has worked with several producers, including Kiddominat, Del B and Dokta Frabz.

Orezi’s first musical release was “I No Fit Lie“.

He also graced the stage at Nigeria’s 50th Independence Anniversary celebration in 2010. In early 2011, Orezi performed at DJ Jimmy Jatt’s “Jump Off Show”.

Share
Facebook
Twitter
WhatsApp
Previous articleSHOCKER: “Pastor E. A Adeboye Is A Murderer”, Kemi Olunloyo Alleges
Next articleDavido Throws Money In The Air In Lagos, SEE The Massive Commotion That Ensued [Photos]
- Advertisement -Ad ==> Discover how a young Nigerian graduate now makes a consistent 40k per week doing a legitimate online business. You too can start yours now, click here!!!