Home National News Odd News He Wanted To Stay In Bed, His Family Wanted Him At School,...
Facebook
Twitter
WhatsApp 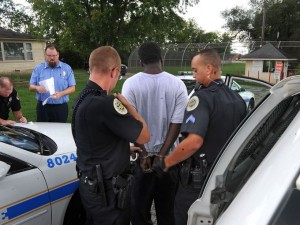 Sure, many schools start too early. And, sure, getting out of bed can be hard sometimes. But one Tennessee teenager had an extreme reaction to his family’s request on Tuesday morning that he get up and get ready for school: He shot them, according to Nashville police. The teen, who has not been publicly identified, became angry when his grandmother Earline Hill and mother, Sheryl Williams, told him to get his day going, police said in a statement. He threatened the pair and then retrieved a handgun no one knew he had before firing multiple shots in the family apartment, police said.

“There was a quarrel about getting up and getting ready for the day when [at some point] the 16-year-old ran to a closet, got a 9mm handgun and started firing,” Nashville police spokeswoman Kris Mumford said, according to the Tennessean newspaper. Hill, 67, was struck at least twice, while the teen’s 12-year-old sister and 6-year-old nephew received graze wounds, according to the police statement. The teen’s 42-year-old mother, Williams, and the teen’s 2-year-old sister were not injured. None of the wounds are life-threatening, police said.

After the shooting, the teen left, dropped off the gun at a nearby apartment and was captured soon after, near railroad tracks, police said. He was charged with four counts of attempted homicide and one count of reckless endangerment. Most schools start too early for teenagers’ unique sleep rhythms, doctors say. Five out of six middle schools and high schools in the United States start before 8:30 a.m., the Centers for Disease Control and Prevention reported last summer.