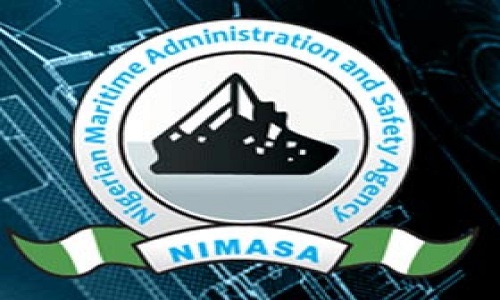 A prosecution witness in the ongoing trial of a former Director-General of the Nigerian Maritime Administration and Safety Agency (NIMASA), Patrick Akpobolokemi, and others Thursday, told a federal court sitting in Lagos how one of the defendants purchased a land in Lekki, Lagos, at N70 million.

The witness, Eboigbe Etiosa, an estate valuer and agent, said Ezekiel Agaba, a former director at NIMASA, paid for the land in two installments of N40 million and N30 million.

The defendants were arraigned by the Economic and Financial Crimes Commission, EFCC, on 22-count charges bordering on advanced fee fraud and money laundering‎ before Justice Ibrahim Buba of the Federal High Court, Lagos, on December 4, last year.

Led in evidence by Rotimi Oyedepo, the EFCC prosecutor, the estate agent said a friend introduced him to Mr. Agaba, who was NIMASA’s erstwhile Executive Director, Maritime Safety and Shipping Development.

The witness said ‎he sold a piece of land to Mr. Agaba at Northern Foreshore Estate, Lekki for N70 million, adding that he received the payment in installments – N40 million on January 15, 2014, and N30 million five days later.
Mr. Etiosa said the monies were paid into his Zenith Bank account.

“On January 20, 2014, I received the balance of N30m from Aker Integrated Services Limited.

“Actually, I do not know these two companies. After negotiation of price by the parties, I forwarded my account number to Capt. Agaba and my account was credited. And it was the money that I used to purchase the property”.

According to the witness, the N70 million was for the purchase of a land by the NIMASA director, and not for a contract he executed for the agency.

The branch manager explained that a bank account could be operated by an individual other than the person who appears on the bank forms.

“In KYC (Know Your Customer), if you know the people coming to pick the money, you can confirm it”, Mrs. Ifeadi said during cross examination.

“For some of those accounts, I knew who was coming to pick up the money, so I counter-signed the counter-cheques. Once I counter-signed, the teller could go ahead and pay”.

The witness said since she “personally marketed” the accounts for NIMASA, she knew who was coming to withdraw money from the various accounts.

She also said an exception was made in the case of Messrs Juan and Nwakuche because the account opening forms were incomplete – the spaces meant for referees, for instance, were blank.

“It’s a failing on the bank’s part not to regularise the forms”, Mrs. Ifeadi said.

“Such errors do occur. And it was not flagged by the Compliance Department”, she added.

Justice Buba adjourned till March 23 for continuation of trial.