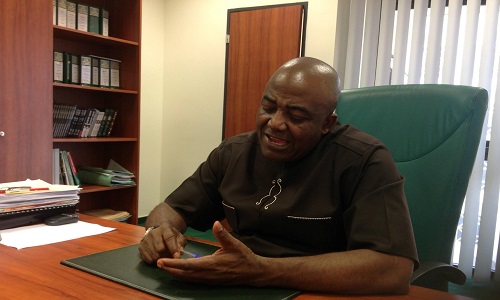 The Peoples Democratic Party (PDP) members in the House of Representatives, on Tuesday urged the Independent National Electoral Commission (INEC) to immediately release results of re-run elections in Rivers.
Briefing newsmen in Abuja, the caucus led by Minority Leader of the house, Rep. Leo Ogor, condemned the suspension of the election, saying it was strange to the country’s electoral laws.
According to it, in accordance with section 27of the Electoral Act, the Constitution and all Supreme Court judgments, elections were concluded, and results had been announced at the unit levels.
“In this context, anything contrary to the announcement of the result is a breach of all our electoral laws and evidently a coup against the people of Rivers State.
“It is very sad that it is the umpire, that is, the Independent National Electoral Commission (INEC) that is spearheading this illegality abetted by law enforcement agencies, particularly the military whose attention is needed in the North-East”, they said.
The caucus also said that the conduct and actions of INEC did not just show incompetence but a regression from gains of the reformed electoral system. (NAN)