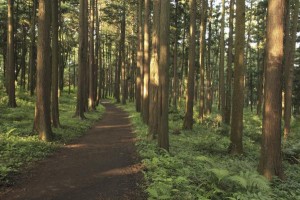 Plants that were grown in higher temperatures exhibited a more modest rise in metabolic rates, while those grown in ambient temperatures showed a more dramatic response to rising temperatures. The findings suggest plants are capable of acclimating to a warming planet.

“This work is important because most global [carbon] cycle models ignore this respiratory adjustment and project accelerated climate warming because of elevated respiratory CO2 release,” Peter Reich, a professor of forest resources at the University of Minnesota, said in a news release. “Now, with better data we can make those models more realistic.” The work of Reich and his colleagues was detailed in a paper published this week in the journal Nature.

“Although these results are ‘good news’ in the sense that the underlying physiology of plants is not going to make the warming of the planet radically worse, the problem we have created in the first place with our greenhouse gas emissions from fossil fuel burning still exists,” Reich added. “So, we very much still need to cut our carbon emissions in the coming decades by enough to stop climate change.”