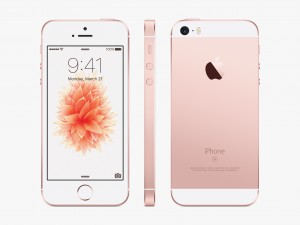 The Week review, says that the Apple’s new iPhone SE uses an iPhone 5S body but houses iPhone 6S internals. The week also said that the new iPhone is much faster than the iPhone 6 and the camera is a lot better, too. As such, the SE has “double the processing power and four times the graphics performance of the iPhone 5S, as well as longer battery life”, says The Guardian.

The Week still maintains that the camera means the new iPhone can record video in 4K, with users also enjoying on-the-fly video editing, the addition of the Live Photos feature for moving pictures, as well as FaceTime Retina Flash, which allows for better lighting when using the front-facing camera.  There is one key iPhone 6S feature missing though – the SE doesn’t come with a pressure-sensitive 3D touch display, although Gizmodo says the omission isn’t something iPhone 5S users will find a deal-breaker. 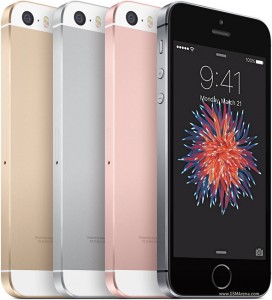 “With the iPhone SE, Apple is choosing to aim at an under-served segment of consumers that prefer small screen smartphones and have been reluctant to upgrade,” research firm IHS said in a note.

Dagogo Altraide took a sarcastic twist to his comment by saying, ‘I can see how some folks could want a smaller iPhone, but reusing an old body design from a couple years back… what’s with that? #iPhoneSE. Liam on another hand expresses blatantly, ‘so in order to hoodwink the public, apple have repackaged and renamed the iphone 5s! Genius… #AppleEvent #iPhoneSE’

Besides reviews which suggest that apple’s recent innovation is awesome, Times of India says that #iPhoneSE‘s smaller screen may put off Indian consumers.

Elpee says, the #iPhoneSE is like your ex that you dumped for a new one that came back better and stronger but you don’t love anymore.