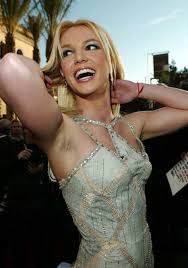 And who doesn’t want to be happier?

When you aren’t feeling great, feeling happy can seem unattainable, and like it’s meant for other people, but not you.

The challenge to feel happy when you’re feeling down can feel overwhelming, but what if there were four simple things that you could do that would make you feel much better, maybe even a little joyful?

Writer Eric Barker of Barking Up the Wrong Tree dug a little deeper for some specific ways to boost happiness. Here’s what he found:

Feeling grateful activates the brain stem region that produces dopamine, which, in turn, stimulates our reward and pleasure centers, according to neuroscientist Alex Korb, author of the book The Upward Spiral.

In a study on gratitude, scientists used an fMRI to measure the brain activity of subjects experiencing different emotions. Researchers found that gratitude, like other complex emotions, involves many parts of the brain, and that being grateful brings on the happy feelings.

The best part is that if you can’t find anything to be grateful for (which seems impossible), it doesn’t matter — it’s the searching that counts.

If you’re feeling like crap, give that horribleness a label such as sad, angry, anxious, and hurt. Recognizing and naming an emotion can help to diminish its power. Psychology professor Matthew Lieberman, author of Social: Why Our Brains Are Wired to Connect, calls it “affect labeling.” Instead of trying to push an emotion away, the idea is to get closer to it by feeling it, identifying it, and labeling it.

When you wallow in a negative emotion, it can make you feel worse and make a bad situation even more toxic. Labeling a negative feeling recognizes it but takes away its power to hurt you.

3. Decide one way or another.

Brain science shows that making decisions reduces both worry and anxiety, as well as helping you solve problems. Also, you don’t have to worry about making the absolutely perfect decision, as a good enough decision is actually better.

Deciding things not only makes your brain feel that you have control, but deciding also boosts pleasure. Korb explains that actually making a decision increased dopamine activity.

“One of the primary ways to release oxytocin is through touching … Small touches like handshakes and pats on the back are usually OK. For people you’re close with, make more of an effort to touch more often,” writes Korb.

Touching is incredibly powerful, and touching someone you love actually reduces pain. In a study conducted by neuroscientist James A. Coan of Virginia University, married women’s brains were scanned as they were warned that they were about to get a small electric shock.

While bracing themselves for the pain of the shocks, their brains showed a predictable pattern of response in pain and worry circuits, but when the women held either their husband’s hands or one of the researcher’s hands, the threat of shock had a lesser effect.