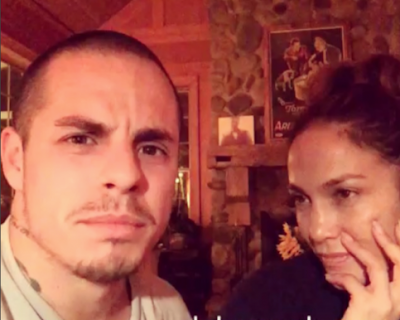 From The National Enquirer…

“He set up a whole Valentine’s Day romantic approach. He told friends he ‘had a huge surprise for her and was going to show her what a real man does for a woman he loves.’”

The ill-fated charm offensive kicked off with four dozen red roses accompanied by “a love note professing his respect, love and adoration for her,” the source said.

Casper, 28, then texted Jennifer, 46, a cartoon picture of an engagement ring and followed up with a call that J. Lo didn’t answer — before she called him back to thank him for the flowers, at which point he asked for her hand in marriage!

But Jen, who once dumped Casper after he allegedly cheated with two transsexuals, “shot him right down.”

“Jen never had any intention of marrying Casper,” said the astonished buddy. “If there’s another marriage for her, it will be a smart one!”