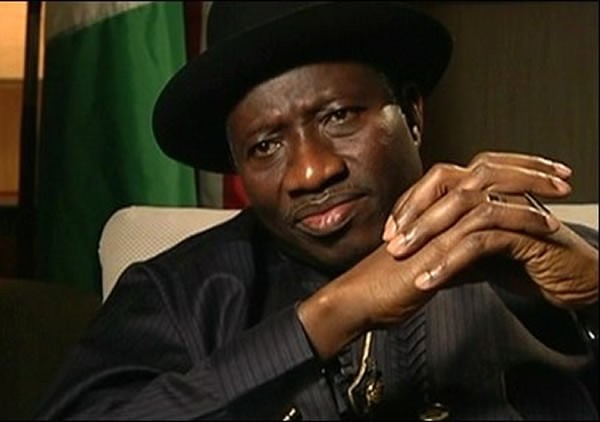 Former military governor of Kaduna State, Col. Abubakar Dangiwa Umar (retd.) has described ex-President Goodluck Jonathan as a role model, who should be respected across Africa and beyond.

Mr. Umar, became a social critic since retiring from the army, said Mr. Jonathan deserved praises for his timely concession call to then Maj.-Gen. Muhammadu Buhari (retd.), his major challenger in the 2015 presidential election.

According to the former military governor, that “personal sacrifice” and display of sportsmanship during the contentious poll has made the former president a “beacon of hope for the growth of democracy in Africa”.

He said that was a clear departure from the norm across Africa, where leaders in times past refused to willingly relinquish power after being defeated though the ballot box.

Mr. Umar made these remarks in an interview he granted Abuja-based The Interview magazine, published this March.

“My interpretation of personal survival in this kind of situation is to tenaciously cling to power irrespective of the harm this may cause the nation and of course the incumbent”, he said. “Our African experience has been for incumbents to choose this injurious option”.

Mr. Jonathan was hailed as a good example for African leaders after he conceded defeat in the March 28, 2015 presidential election to the All Progressives Congress, APC, candidate and now president, Mr. Buhari, even before the final result of the elections was declared by the Independent National Electoral Commission, INEC.

Prior to the final announcement by the INEC, the political atmosphere in the country was pregnant with uncertainties, especially after the then president’s party, the Peoples Democratic Party, PDP, agent at the national collation centre in Abuja, Elder Godsday Orubebe, attempted to disrupt further announcement of the election results after it became apparent his party was going to lose.

But the tension was doused after Mr. Jonathan, in the evening of March 30, 2015, placed the historic call to Mr. Buhari to congratulate him on his hard-won victory.

The move was hailed by many at home and abroad as heroic because the then president could still have used the powers at his disposal as an incumbent to either sway the election his way or force an outright cancellation of the poll, which could have plunged the country into chaos.

Yet, a school of thought argue that Mr. Jonathan conceded defeat because he was left with no choice, having failed to garner enough votes required to remain in office.

Aligning himself with the school of thought that viewed the act as heroic, Mr. Umar said “The act alone has crowned him as a statesman. He should be respected and used as a role model for his personal sacrifice”.