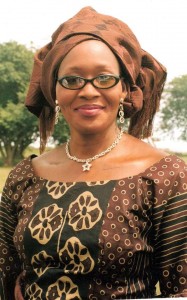 She said she pulled out of the Biafra movement when it started getting violent.

She further said “what I got were people chanting Biafra or death and they were liking violence, making threats at the DSS, the police, the army and they were carrying weapons and doing other stuff. Many people were loud on the Internet and not on the ground protesting. Not all of them. People with those flags on the ground are different from the people online.“

Kemi Olunloyo yanked away her support from the Biafra movement and now supports the One Nigeria cause.

In another clip she spoke about Olamide and how he visits a ritualist. “Olamide I am looking at you. Have you ever been to a ritualist? Answer the question. We both know the answer. It’s not controversial. For me to say something like that out on the Internet. I can stay in front of Mushin and say it no one is going to touch me.”